Should I Cut Out Alcohol to Get Rid of Fat?﻿ - Optimal Fitness Skip to content

First, I’ll toast you to a good question here. (I’m drinking green tea right now, but feel free to have a sip of whatever you wish.) When people ask “does alcohol make you fat,” or “should I stop drinking to lose weight,” the answer is complex, but can be summed up with:

Let’s start with the first point here. From a metabolic perspective, alcohol and your body have a weird relationship. There’s actually been a lot of research into it over the years because it’s so surprising.

Numerous studies, both observational and in controlled settings, have shown that people can consume light to moderate amounts of alcohol and not necessarily gain weight. (Moderate drinking is defined as 1 drink a day for women and no more than 2 drinks a day for men.)

Part of this may be due to alcohol’s unique effect on the body. Your body can’t store alcohol and the 7 calories per gram it delivers. (Yup, it does have calories — more per gram than carbs and protein, but less than fat.) So instead the body fast-tracks that booze through your system.

Additionally, a high percentage of calories from alcohol get burned up by your metabolism through a process called the thermic effect of food (TEF). The thermic effect of alcohol is about 22.5%, which puts it on par with protein (which has a TEF of 25-30%) and well ahead of carbs (6-8%) and fat (2-3%).

All of which is to say: Alcohol on it’s own won’t necessarily make or break your weight loss goals.

“If you enjoy a few drinks during the week, it is still possible to have a highly successful fat loss journey,” says Born Fitness Head Nutrition Coach Natalie Sabin.

Now for the but…

Just because your body doesn’t store alcohol’s calories, it doesn’t mean you (and your fat cells) get off scot-free.

When your body is processing those calories from all those hoppy IPAs, or just one more glass of wine, they take the place of other calories you could be burning — like the bacon double cheeseburger you had on the way home from the bar. With beer calories taking its place in the metabolic line, the burger’s calories become part of you (and your belly).

In fact, some research would lead you to believe that the problem isn’t necessarily the alcohol itself. It’s what can come along with drinking. You know, like nachos. Or two dozen wings. Or a box of Totino’s Pizza Rolls if it’s 2 a.m. and you’re in college.

“Many folks who drink alcohol also have a tendency to eat more,” Sabin says.

A review published in Physiology & Behavior backs her up on this. It found that, sure enough, drinking before or during a meal tends to increase food intake.

Also, note that even though your body can’t store alcohol, it can (and does) store the calories mixed with it — like the 83g of sugar in a frozen margarita.

So What Should You Do?

1. Examine how much you’re drinking currently. For some this can be very eye-opening on it’s own. You might see that the “beer or two” you have “now and then” is actually “a couple drinks every night, plus about a dozen on the weekend.” Remember, the studies mentioned previously involved light to moderate drinking — i.e. one drink per day for women, two for men. Drinking more than that is conclusively not good. Heavier drinking is associated with weight gain and increased waist circumference, as well as poor health. Excessive alcohol consumption is the third-leading cause of premature death in the U.S. If your drinking exceeds that one to two drinks per day guideline, then yeah, cutting back (or going dry) likely will help you lose fat.

2. Pay attention to what else you do when you drink. If your occasional cocktail with friends is just that — a cocktail — then the caloric load probably isn’t all that significant. But if your drinks seem to come with a late night pizza chaser, you might have an issue on your hands. Here again, cutting out drinks might help your fat loss.

3. Let’s say your drinking (and appetite) is under control, but you still aren’t losing fat. And let’s say your drink-per-day is a must-have. If that’s the case, you could try and offset the calories by trimming elsewhere. For example, a glass of wine is around 120 calories. A typical beer is about 150 calories (although those heavier microbrews that are so popular nowadays can be double that). Cut out 30 to 40g of carbs from somewhere else, and pay attention to any changes. “Remember, to get rid of fat you need to create a calorie deficit,” Sabin says. “That means burn more calories than you are consuming — whether that’s eating OR drinking.”

The post Should I Cut Out Alcohol to Get Rid of Fat? appeared first on Born Fitness. 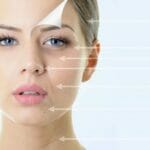 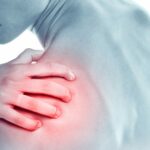 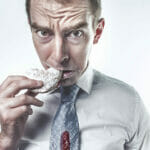 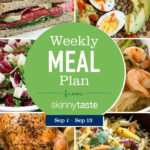