Probiotics are live microorganisms that are intended to have health benefits when consumed or applied to the body. They can be found in yogurt and other fermented foods, dietary supplements, and beauty products.

Although people often think of bacteria and other microorganisms as harmful “germs,” many are actually helpful. Some bacteria help digest food, destroy disease-causing cells, or produce vitamins. Many of the microorganisms in probiotic products are the same as or similar to microorganisms that naturally live in our bodies.

What types of bacteria are in probiotics?

Probiotics may contain a variety of microorganisms. The most common are bacteria that belong to groups called Lactobacillus and Bifidobacterium. Other bacteria may also be used as probiotics, and so may yeasts such as Saccharomyces boulardii.

Are prebiotics the same as probiotics?

No, prebiotics aren’t the same as probiotics. Prebiotics are nondigestible food components that selectively stimulate the growth or activity of desirable microorganisms.

Synbiotics are products that combine probiotics and prebiotics.

How popular are probiotics?

How are probiotics regulated in the United States?

Government regulation of probiotics in the United States is complex. Depending on a probiotic product’s intended use, the U.S. Food and Drug Administration (FDA) might regulate it as a dietary supplement, a food ingredient, or a drug.

Many probiotics are sold as dietary supplements, which don’t require FDA approval before they are marketed. Dietary supplement labels may make claims about how the product affects the structure or function of the body without FDA approval, but they aren’t allowed to make health claims, such as saying the supplement lowers your risk of getting a disease, without the FDA’s consent.

If a probiotic is going to be marketed as a drug for treatment of a disease or disorder, it has to meet stricter requirements. It must be proven safe and effective for its intended use through clinical trials and be approved by the FDA before it can be sold.

Learning About the Microbiome

The community of microorganisms that lives on us and in us is called the “microbiome,” and it’s a hot topic for research. The Human Microbiome Project, supported by the National Institutes of Health (NIH) from 2007 to 2016, played a key role in this research by mapping the normal bacteria that live in and on the healthy human body. With this understanding of a normal microbiome as the basis, researchers around the world, including many supported by NIH, are now exploring the links between changes in the microbiome and various diseases. They’re also developing new therapeutic approaches designed to modify the microbiome to treat disease and support health. The National Center for Complementary and Integrative Health (NCCIH) is among the many agencies funding research on the microbiome. Researchers supported by NCCIH are studying the interactions between components of food and microorganisms in the digestive tract. The focus is on the ways in which diet-microbiome interactions may lead to the production of substances with beneficial health effects.

What has science shown about the effectiveness of probiotics for health conditions?

A great deal of research has been done on probiotics, but much remains to be learned about whether they’re helpful and safe for various health conditions.

Probiotics have shown promise for a variety of health purposes, including prevention of antibiotic-associated diarrhea (including diarrhea caused by Clostridium difficile), prevention of necrotizing enterocolitis and sepsis in premature infants, treatment of infant colic, treatment of periodontal disease, and induction or maintenance of remission in ulcerative colitis.

However, in most instances, we still don’t know which probiotics are helpful and which are not. We also don’t know how much of the probiotic people would have to take or who would be most likely to benefit. Even for the conditions that have been studied the most, researchers are still working toward finding the answers to these questions.

The following sections summarize the research on probiotics for some of the conditions for which they’ve been studied.

Can probiotics be harmful?

NCCIH sponsors a variety of research projects related to probiotics or the microbiome. In addition to the previously mentioned studies on diet-microbiome interactions in the digestive tract, recent topics include:

Click the button below to learn more about all the health and wellness services Optimal Fitness has to offer. Let us help you become fit and happy.
Yes I would like help
FacebookTwitterPinterestLinkedIn 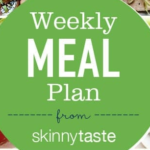 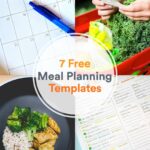 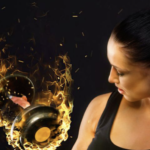 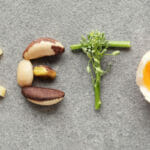 Everything You Need To Know About The Ketogenic Diet